Help! My Insurance Company Will Not Fully Cover My Damaged Porch 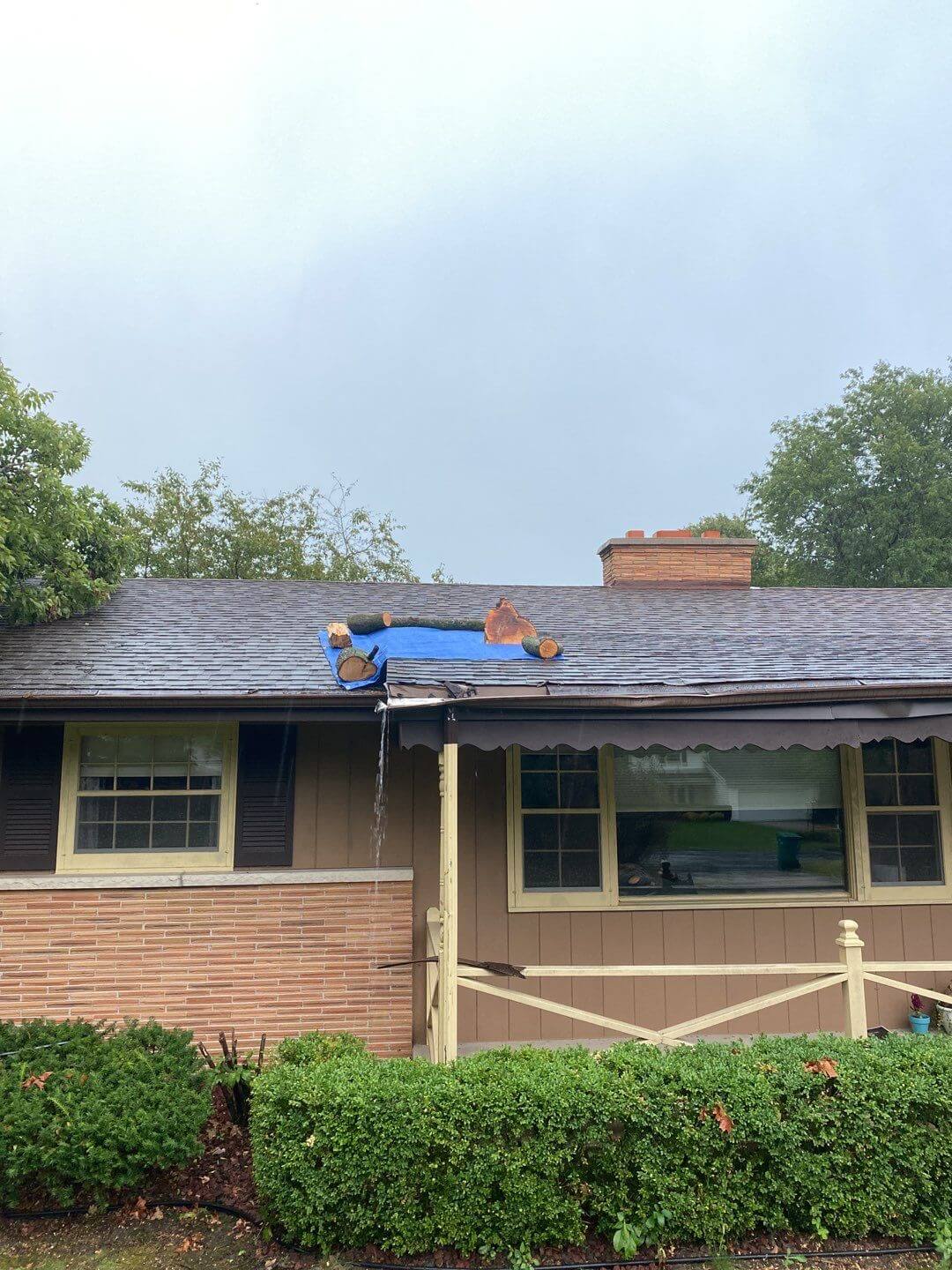 The Problem.
“A tree had fallen on my front porch, punching the support right through the roof,” described Menomonee Falls homeowner, Jacob. “I don’t know a whole lot about roofing, or building components in general, and needed to trust in what the contractors were telling me needed to be done. I was also on a budget, but wanted the repair done right.”

However, while getting estimates, he found a trend of contractors trying to sell him a new roof for the entire house rather than addressing the porch and the actual structural problems.

When asked why he chose Guardian to repair his roof, Jacob responded, “They did not try to sell me a whole new roof! And they were upfront about what they may find once the damage was open to see. They took an investigative approach to the repair. They also helped me understand what was needed so that I could accurately communicate with my insurance company. In the end, my insurance company did cover the full repair, when before Guardian became involved, they gave me a partial reimbursement.”

Regarding his experience with Guardian, Jacob added, “It was a no pressure situation, and they were interested in solving my problem, not upselling me on a new roof. “

The Solution.
We made structural repairs to the roof and porch posts, replaced shingles, and replaced/re-pitched his home’s gutter.

When asked about the how the project went, Jacob responded “the crew was wonderful and helpful in that they went over everything they were doing, and everything they found, step by step. In addition, Guardian discovered that the damage from the tree went much further than what showed on the surface and what the insurance company adjuster had originally included in their estimate. They were able to not only repair the damage, but also help me explain to the insurance company the extent of the damage in order for me to receive proper and full reimbursement.”

The Result
Jacob was happy to have Guardian on his side, working with him and his insurance company to grant additional coverage as additional damage was found once the area had been opened up that the insurance adjuster couldn’t see and did not account for.

Jacob says Guardian “took care of me, my house and they warranty their work. I will absolutely call Guardian in the future if I need them. Thank you Guardian!”