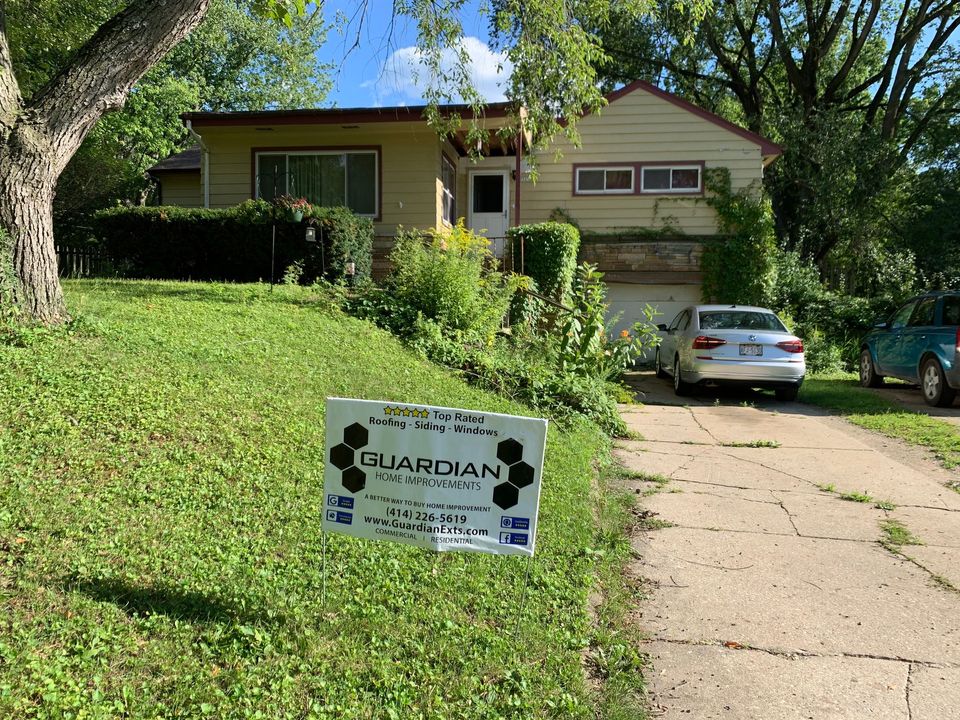 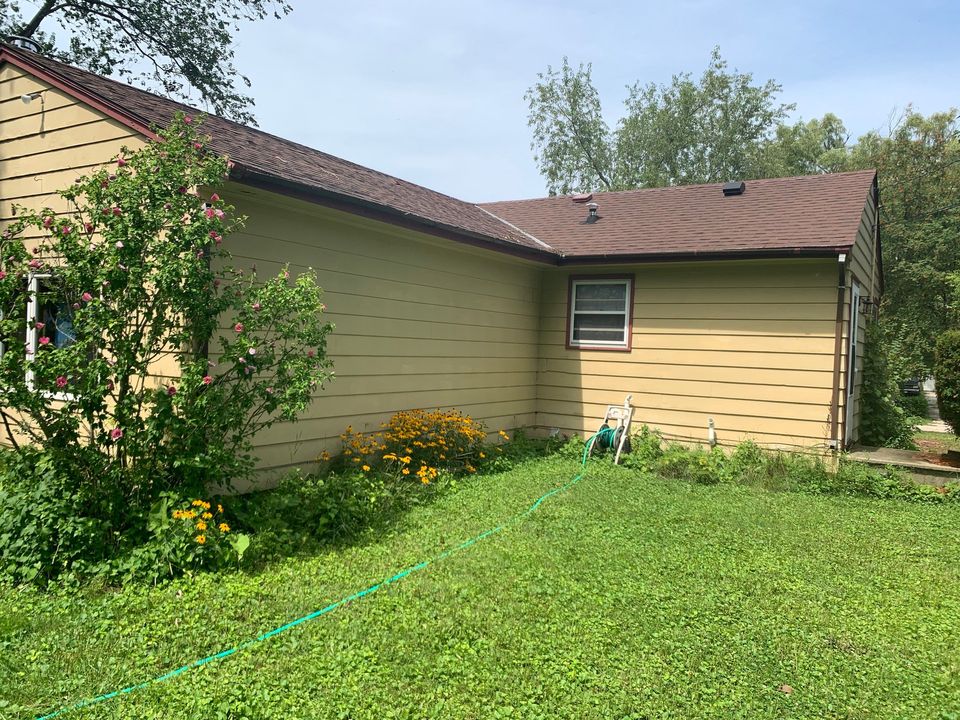 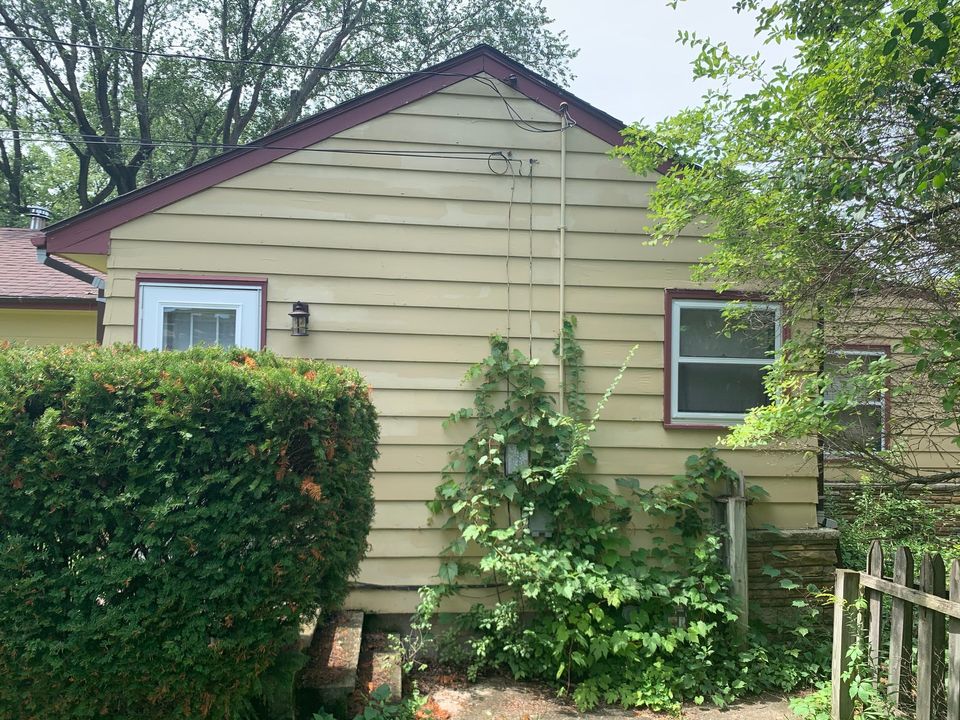 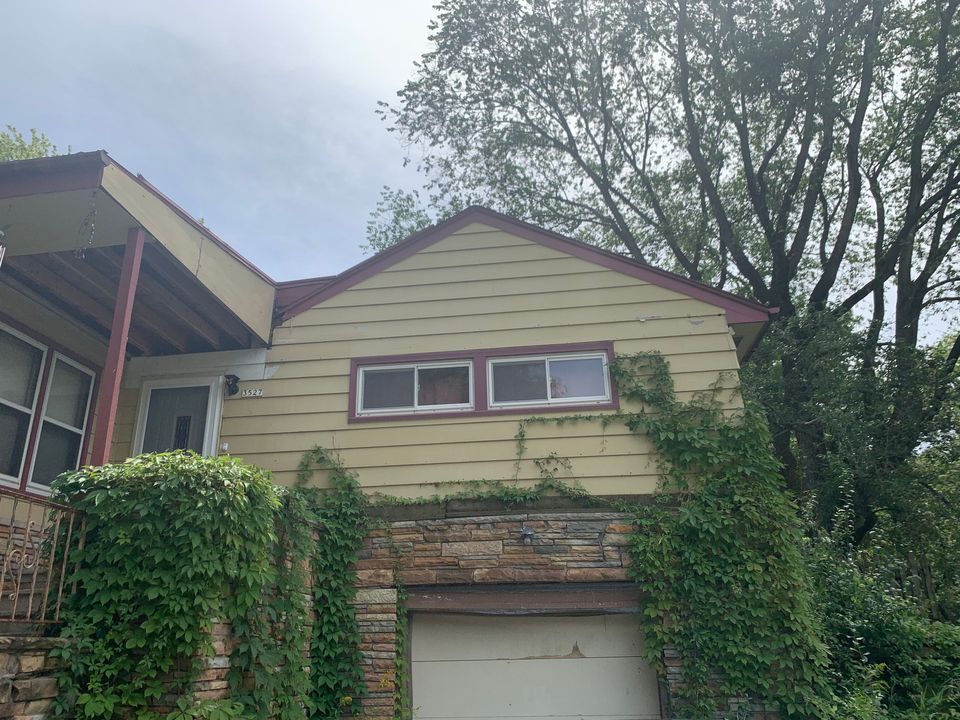 .
Racine homeowners, Pam and Pete, were in need of a full siding replacement as their home’s cedar siding was extremely deteriorated. Furthermore, the back addition had fiberboard siding that was also failing. They wanted to update their exterior with new siding that was low maintenance and did not require painting.

While shopping for a company to hire for their siding replacement project, Pam and Pete were simply looking for a company that was reliable and delivered on their promises. It seemed like a seasonable request. However, it turned out to be much more difficult than they had expected to find a company that would accommodate their busy schedule. “We work different schedules and it was hard to get someone to come out when both of us were available. Many were not accommodating to our scheduling issues,” said Pam.

After reading reviews online, Pam and Pete reached out to Guardian. “Guardian worked around our schedule,” Pam explained. “They made us actually feel like we were valued customers before we even decided to go with them.”

“They also gave us several choices of our options and their respective costs. We were in control of what we were purchasing, down to the last detail.”

“We were treated like human beings, working class people on a budget.”

Pam and Pete chose to reside their home with new vinyl siding. However, once the project was started, it was discovered that a portion of their roof needed to be fixed. It turns out that this defective area of their roof was the cause of a persistent leak in their kitchen.

Upon the discovery of this unforeseen repair, Pam shared, “when we were told that a portion of our roof also needed to be replaced and we would incur more costs, it was a blessing in disguise because we finally knew where the leak in our kitchen was coming from. Now it leaks no more. We were given the option to replace just the portion of the roof that was leaking so it didn’t break the bank.”

Their home now has new vinyl siding and there are no longer leaks in their kitchen. They explained that the project went great and they appreciated how efficient, punctual and exceptionally the project manager communicated with them. When asked if they had any additional comments to share about their experience with us, they said:

“We are so happy with our homes facelift and that we no longer have to worry about a leak in our kitchen. We look forward to Guardian coming out to complete the rest of the roof for us next year and now that we know that Guardian deals in solar panels we are looking into having those put on our home!”
– Pam and Pete, Racine, WI